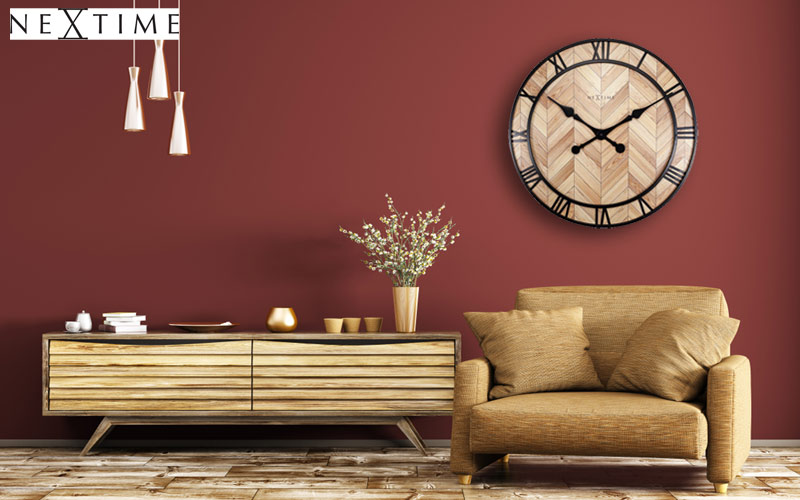 The history of parquet

Wooden floors have been known in Europe since the Middle Ages. Around the 13th century, raw planks were still laid next to each other, later planed planks made of softwood such as fir, spruce or pine. From the 16th century, parquet in its present form emerged from these wooden floors as a representative floor covering. Man began to use planks of different lengths and to stain the wood. The palaces of the monarchies, later also patrician houses, were decorated with magnificent floors.

The parquet found its way into the homes and public buildings of the citizens during the industrialization of the 19th century. Instead of wide planks, it consisted of narrower bars. Since the 1950s, the craft has also become more and more professional; For example, the parquet layer has been a training profession in Germany since the 1970s. Today the natural properties of real wood are more in demand than ever – and parquet is valued as a high-quality floor covering for every type of room. 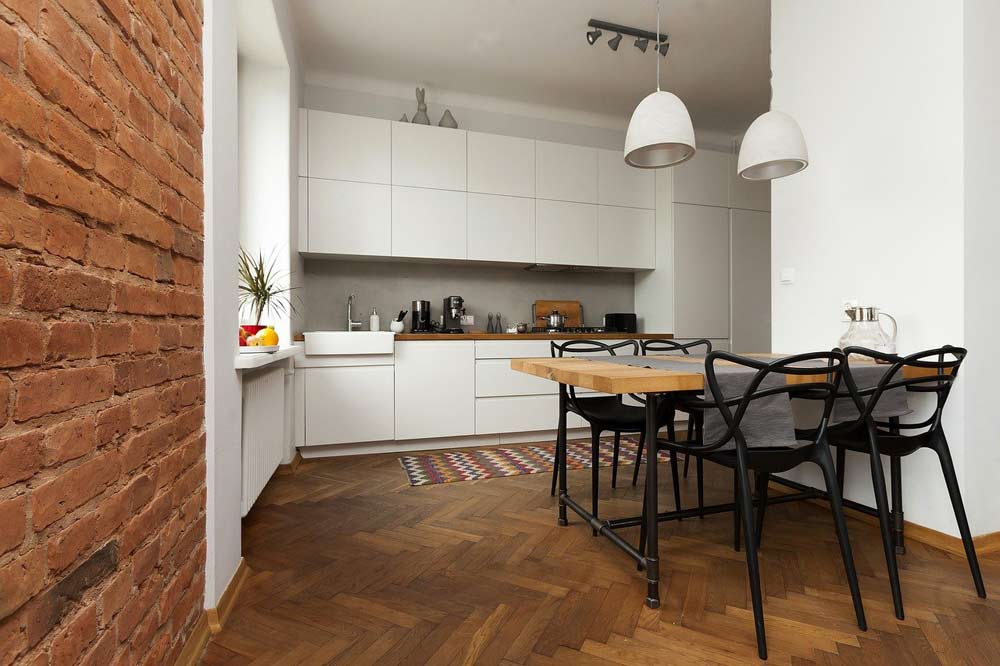 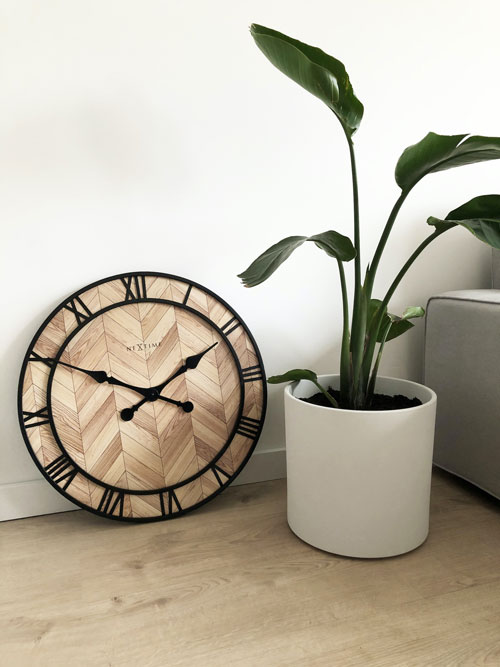 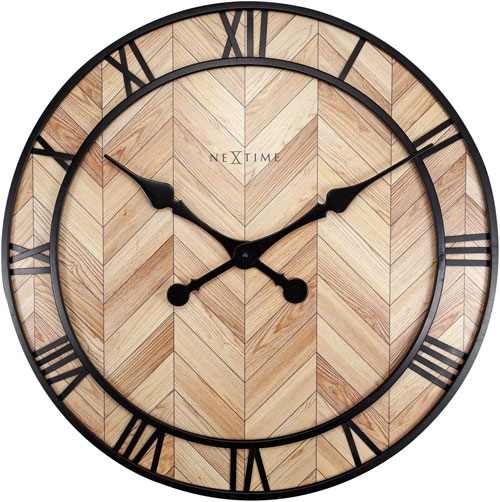 Our clock of the week is the Nextime 3245 Romans Vintage Wall Clock. It has a black metal case, which also encloses part of the dial. This part forms the black Roman numerals as a frame. The hands are vintage and also black. The dial is made of beige / light brown wood which is arranged in a herringbone pattern and therefore creates a parquet look. Another special feature is that it is a noiseless clock as it does not have a second hand. The classic wall clock can now be wonderfully combined with warm tones such as red, brown or rusty brown in autumn and creates a cozy and homely atmosphere in your home.