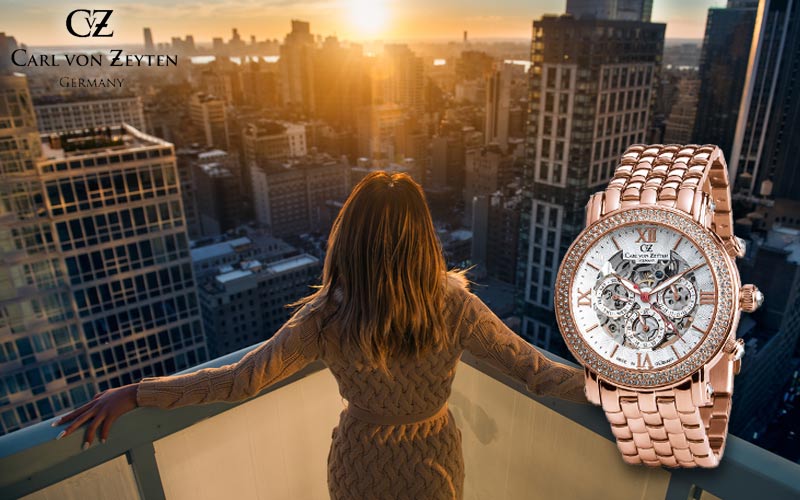 Our watch of the week is the ladies’ watch, Carl von Zeyten CvZ0062RWHM Kniebis. The watch is characterized by some special features, which is why it is a real eye-catcher. Some of these special features are, for example, the open balance wheel of the automatic movement. In addition to that, the elegant opening with the small crystals is a plus. Find out more about the Carl von Zeyten watch in this article.

Balance wheel is the definition for the swinging balance spiral system, as it is used in many mechanical movements. The oscillation system serves as a regulator for small watches, i.e. especially for wristwatches and pocket watches, but also for alarm clocks, wall clocks, chronometers, etc. The precursor of the balance wheel was the verge escapement. The balance wheel oscillates around its axis with a certain period of oscillations or frequency, which is determined by the two pivots. Together with the escapement, it provides for alternating gradual stopping and releasing of the wheel mechanism, which is propelled by the energy source of the clock. The gradual process is indicated by a pointer connected to the wheel mechanism. The idea of the use of the balance wheel as well as a spiral spring was developed after a suggestion of Jean de Hautefeuille by Christiaan Huygens. In 1675 he received a French patent for it. 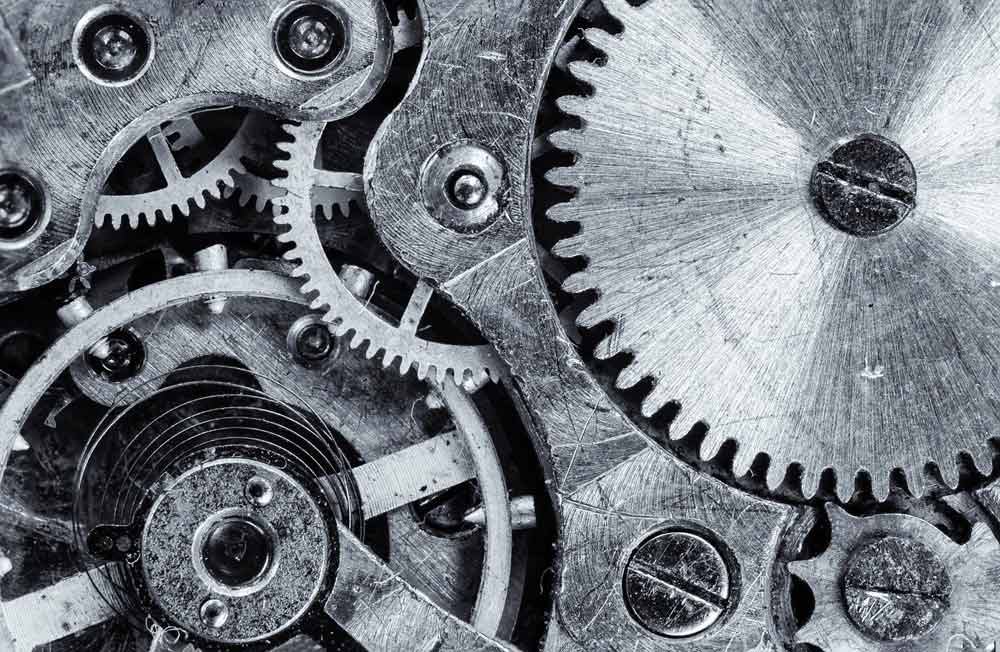 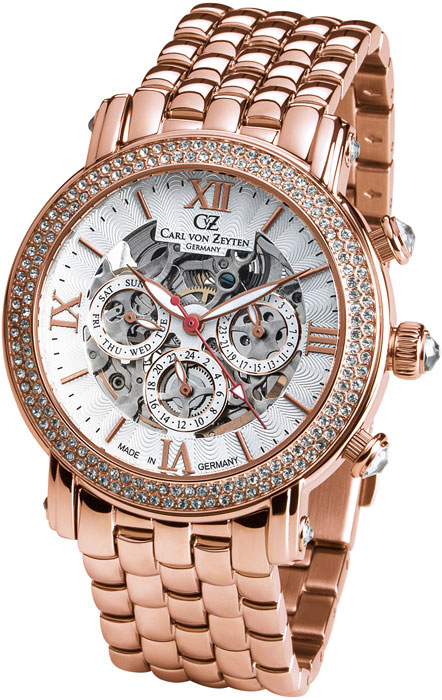 Our watch of the week Carl von Zeyten CvZ0062RWHM has a rose-gold link bracelet made of stainless steel and a rose-gold plated case. The rose-gold bezel is covered with many small gemstones. The dial consists of a large open balance wheel and on the edge there is a narrow white stripe on which rose-gold baton markers and Roman numerals can be seen. The dial can show the weekday, the date and the 24h indication beside hours, minutes and seconds. Due to the many functions, the watch is also a chronograph watch. There are also larger gemstones on the crown and the other buttons. The automatic watch has a 420 caliber and a sapphire-coated mineral glass.