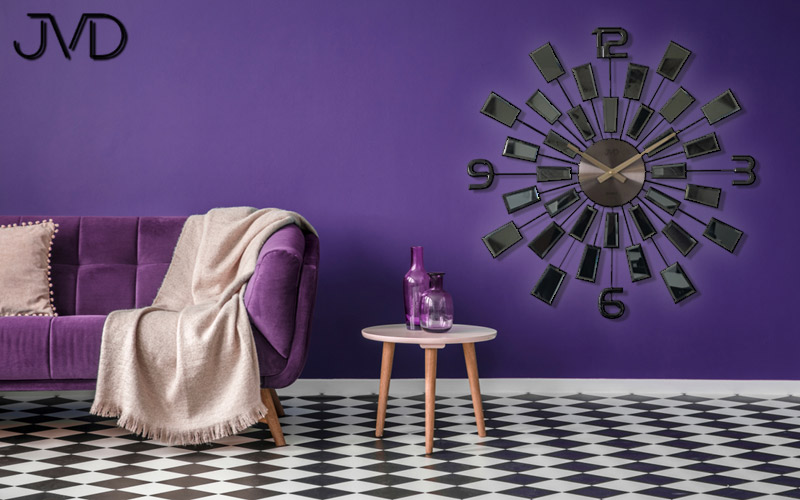 Our clock of the week is the JVD HT100.2, a modern wall clock with an unmistakeable design. With it we are suddenly reminded of a chess or a checked pattern. Find out more about the clock of the week and what makes it special.

A chess pattern is an even, geometrical pattern, made essentially of squares, whose colours varies horizontally or vertically. The simplest chess pattern consists in regular repetition of black and white or light and dark squares. A possible variation of it, when it comes to colours, is a regular square pattern made of more than three colours. Chess patterns can also be found on pre-classic Greek vases or as patterns for ancient Greek and Roman floor mosaics. The original popularity of this decoration motif must not be traced back to those times or to the chess game, but rather, and probably, to old basket and weave patterns. 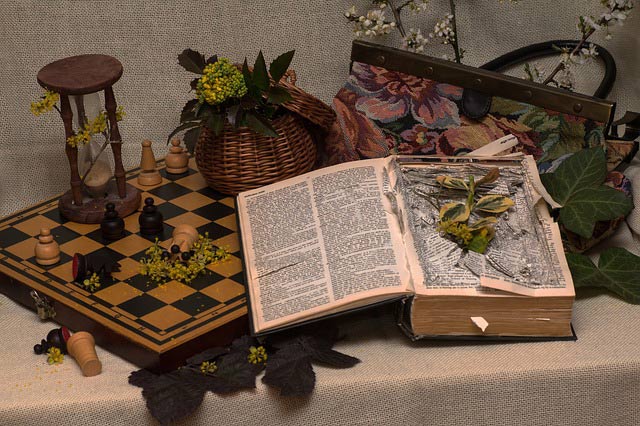 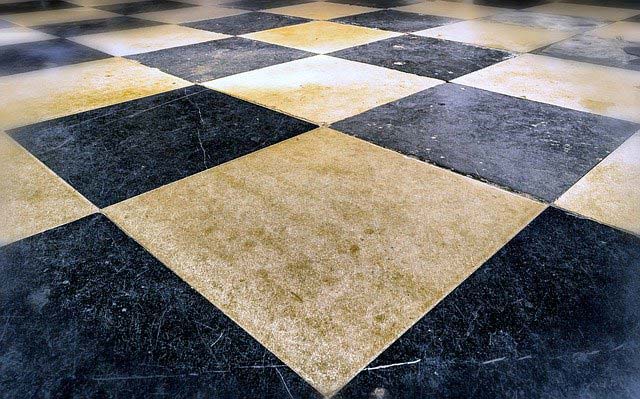 With the invention and rapid spread of the chess game its popularity increased significantly. In the middle age chess or diamond patterns as backgrounds or church facades were also popular. A possible symbolic meaning of chess patterns has not been found yet. However, these patterns are part of reticulations and grits, provided – depending on the region – with apotropaic powers. Especially the eminent ornamental chess patterns for outside walls, palace corners, etc… can be interpreted as apotropaic. 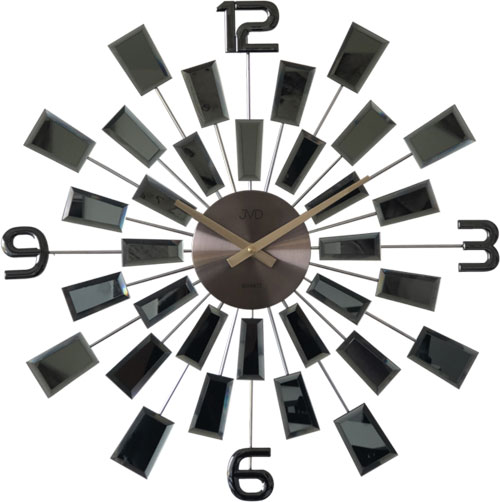 A chess pattern can also be found in the structure of our JVD wall clock. The JVD HT100.2 has a total diameter of 49 cm. From its black round plastic case protrude differently black long thin bars, in a radial structure. Each of them ending with a black squared crystal. However, these crystals are placed differently on the structure, creating this way a chess pattern. Moreover, four bars present an index, specifically black Arabic numerals, incorporated in the structure, while substituting each of them a squared crystal. The hands of this wall clock are golden.