Longcase clocks and their melodies

Longcase clocks are large clocks that can reach a height of 3 m. They are intended for the interior of private households. Since they are stationary on the floor, they are also appropriately called floor clocks. They function with a weight drive, which function over the traction power of hanging weights, as well as a pendulum as time standard. In our online shop you can find more than 30 longcase clocks, the majority of the brand Meister-Stück, Hermle and AMS.

Melodies of the longcase clocks

Most longcase clocks have a striking mechanism. This is a gear mechanism parallel to the internal mechanism. The striking mechanism emits an acoustic signal at a certain time interval. Originally, this signal was used to detect periods of time (usually one hour) when the clock was too far away or it was dark. Depending on the timepiece, the clock strikes every 5 minutes to 1 hour at a specific time or plays a melody. The Westminster melody, which traditionally strikes every quarter of an hour, is particularly famous and well-known. This beat originally comes from the University Church in Cambridge and is taken from a composition by G. F. Händel. However, this short melody became world-famous when it struck the hour of the Big Ben clock tower at the Parliament in London. 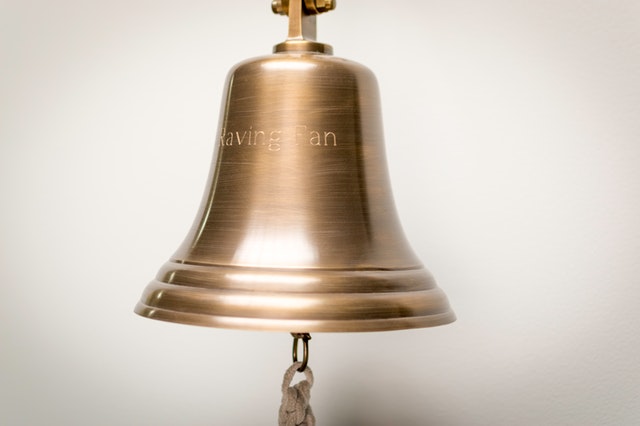 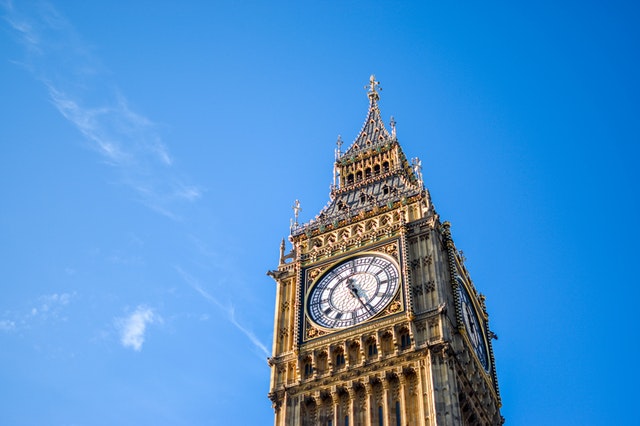 The St. Michael beat is named after St. Michael’s Church in Charleston, South Carolina. During the War of Independence and the American Civil War, the bells of this church were damaged several times, were restored in London and finally re-installed in 1867. Here you can listen to the different melodies on our German page. 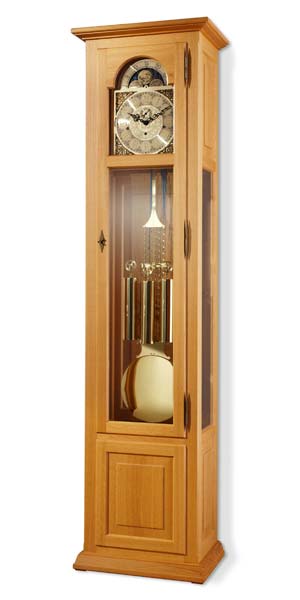 We have selected two special longcase clocks for you. The Meister-Stück No. 14 and the AMS 2240/1. The Meister-Stück longcase clock is handmade in solid oak and lacquered in nature. It has a cable mechanism with 3 melodies (Westminster, St. Michael, Whittington). It is possible to switch off the quarter, hourly and automatic night-time switch-off of the melodies. The AMS is a pendulum clock made of dark walnut wood. Its three melody chimes can be switched, there is a 4/4 hour chime and also an automatic night shut-off. 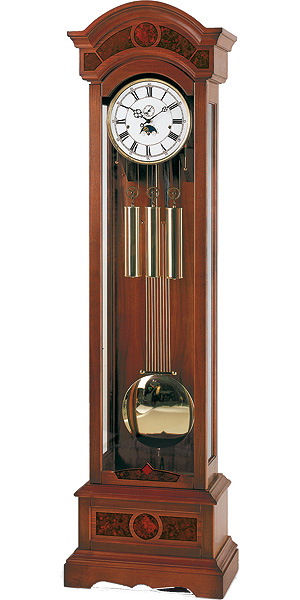